Streamer launches: ITVX in the UK, Paramount+ in Germany and Disney+ Basic in the US | News The new ad-supported streaming service replaces ITV Hub as the online home for all ITV content, offering an enhanced product experience as well as more and exclusive programs available to stream for free. 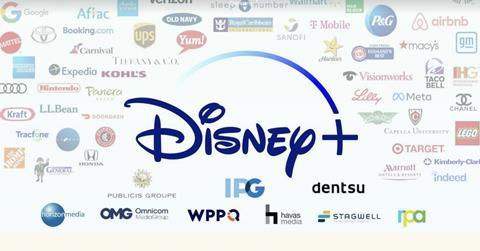 ITVX offers 10,000 hours of content in HD and will also release new and exclusive programs every week of the year.

All of ITV’s channels are available to stream live through ITVX, as well as several FAST channels, and a dedicated news section on ITVX.

ITV chief executive Carolyn McCall said: “We are delighted to launch ITVX, with more accessible content than ever before and a whole range of exclusive commissions. ITVX is powered by a significant, streaming-first commissioning budget, and an integrated technology- and data platform that provides a high-quality and more personalized viewing and advertising experience, which will continue to evolve in 2023 and beyond.”

The streaming service Paramount+ has launched in Germany, Switzerland and Austria, taking its global footprint to 45 markets.

The service was previously launched in France on December 1.

Subscribers will have access to original content including Star Trek: Strange New Worlds, The Man Who Fell To Earth and Yellowstone, with titles from brands such as CBS, Comedy Central, MTV, Nickelodeon, Paramount Pictures, Showtime and the Smithsonian Channel.

Local content coming to the service includes German originals such as Der Scheich, Spotlight and Simon Beckett’s Chemistry Of Death.

Marco Nobili, EVP and International GM of Paramount+, commented: “There is no doubt that 2022 has been the year of global expansion for Paramount+. With the latest launch in Germany, Switzerland and Austria, and France last week, we are now streaming in key markets in North America, Latin America, Europe, Asia, Australia and soon in India. With our unbeatable content offering to entertain the whole family, distributed across such a large footprint, we are well positioned to continue our momentum in 2023.”

See also  Wakanda Forever is getting a Disney+ release date

Disney+ Basic is coming to the US

Disney+ has launched its ad-supported tier in the US.

The Disney+ Basic subscription is priced at $7.99 a month, in return for the inclusion of commercials from more than 100 advertisers.

Disney+ Basic subscribers can access the entire content catalog and key product features that are also offered on a Disney+ Premium plan, which costs $10.99 a month.

“Today’s launch marks a milestone moment for Disney+ and puts consumer choice at the forefront,” said Michael Paull, president, Direct to Consumer. “With these new ad-supported offerings, we are able to deliver greater flexibility for consumers to enjoy the full breadth and depth of incredible storytelling from The Walt Disney Company.”

Disney+ Basic subscribers will not have access to Premium features such as downloads or GroupWatch and SharePlay, as well as Dolby Atmos, at launch.