The Bad Batch is back and they’re on another side mission in the latest episode of the Disney+ Original Series, “Star Wars: The Bad Batch.” This time, the group of clones find a compass that takes Bad Batch and Phee on a treasure hunt. The crew finds the treasure, but it turns out to be a way to activate a mountain into a giant robotic creature that Phee must stop before it destroys their ship stranding them on the planet. Finally, Phee is on his next treasure hunt and fills Omega with wild ideas about adventure while the rest of the Bad Batch still tries to keep Omega safe.

This episode has a Star Wars meets Indiana Jones feel to it. It should be the perfect blend of the two most popular LucasFilm properties, but I found it to be very average. I think it’s the placement of this episode that hurt it for me. Putting in a new side quest right after we had the pod racing side quest made this less tolerable. With a 16-episode season, it makes perfect sense why there needs to be side quest episodes, but putting them back to back makes the series feel like it’s treading water instead of advancing the story. 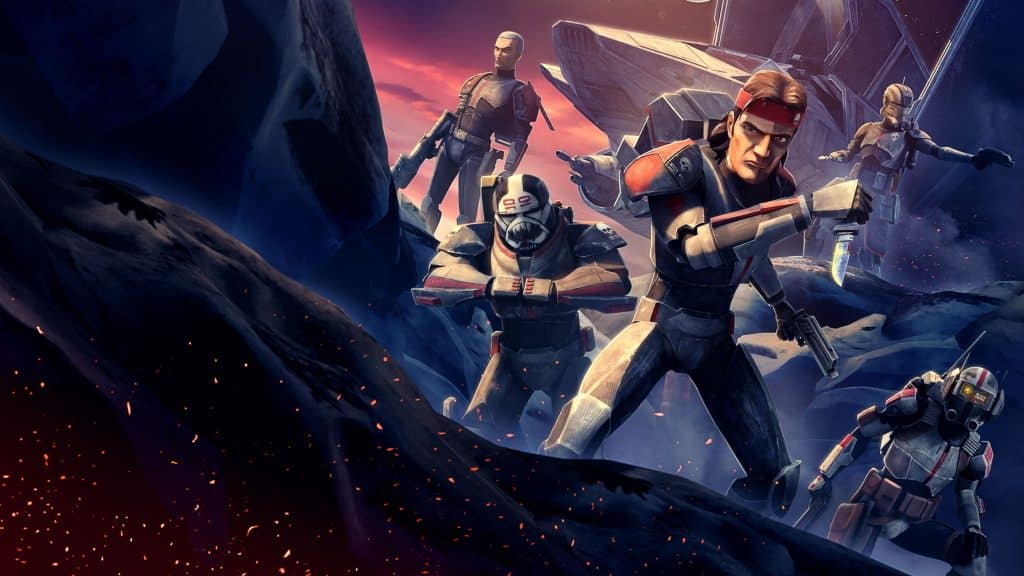 I usually love treasure hunting episodes, but this one just didn’t grab my attention. It could be that I don’t care what happens to Omega. The Bad Batch feel like unnecessary babysitters every time she’s there. I understand the need to save her in season one, but at this point they should have found a safe place for her to live and let someone adopt her. Her presence puts them in danger because they have to worry too much about her. It is the massive failure of “Star Wars” on Disney as we have seen the same plot in both “The Mandalorian” and “Obi-Wan Kenobi”. It’s becoming a trope they have to avoid.

This series will eventually play the lead role in revealing the larger Imperial plot that helps explain what happened between the events of Order 66 and “Star Wars: Rebels.” It will also likely give us an in-depth look at Commander Cody and his exploits. I didn’t necessarily need any of them in this episode, but I needed more than what I got. I’m not a fan of fillers, in general, but fillers can work when there aren’t back-to-back fillers.

When this series hits, as it did in episode three with Crosshair, it hits well. But when it misses, it’s a worse miss than an Imperial Stormtrooper’s aim. I still like the series overall, but it’s too uneven for me to love it. But with 12 episodes left, I hope to see some improvements going forward.

What did you think of the latest episode of “Star Wars: The Bad Batch?”